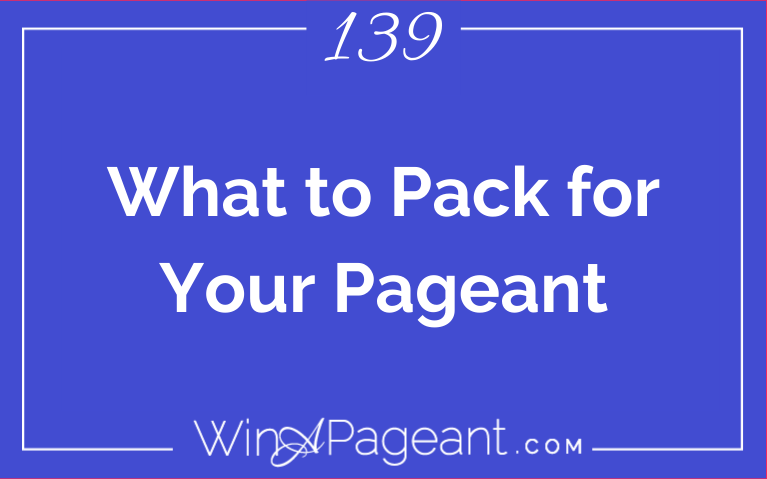 This podcast has been rockin’ since 2015, we’ve had hundreds of thousands of downloads, some truly wonderful guests, epic pageant trainings (if I do say so myself), beautiful reviews, and Awesome success stories!

Today, I launched episode 135 of Win A Pageant podcast.

When I started this podcast in 2015, my goal was to train you to win your pageant by improving who YOU are as a person and leaving a legacy that will positively impact the world. That’s still my goal – I want to elevate the pageant world by training women how to nail it from the start.

I’ve got success stories up the wazoo of how women around the world have won their pageants because of the training they’ve received through this podcast — for FREE!

And yet – the medium of podcasting is limited.

You can listen to all the wonderful trainings, but you’re likely busy driving, putting on your make-up, doing the dishes or going for a job — that’s just some of the stuff I do while listening.

It’s hard to implement what I’m talking about without the time or space dedicated to your coaching.

Plus, as a teacher, I know that the best way to learn engages multiple senses. Listening alone means you won’t retain as much of the information.

In fact, Watching while listening and simultaneously DOING and Engaging with the content is the BEST way to learn…

….and therefore the best way for me to teach.

In October and November, I tested out doing Facebook Live Master Class trainings and they were a huge hit!

Each video has received over 8,000 views and had 100’s of comments including your pageant questions that I was able to answer live.

3 Simple Steps to Answer “Why You?”

This week (episode 135) marks the “sunset” episode of the Win A Pageant podcast. I don’t want to call it the “last” episode, because I may revive it (sunrise!) sometime in the future.

And, next week marks the official launch of the Win A Pageant Master Class Facebook series!!

A Master Class is an in-depth training around a specific topic (just like the podcast trainings, but even more meat on them).

It’s a series, because I’ll be doing a new topic for each Master Class.
The Pageant Master Class will be taught over Facebook Video LIVE.

You’ll be able to join me live on Facebook for a video training on a new topic each time.

After you’ve watched the show live, over video, you’ll be able to ask me questions you have about your pageant in the comments of the video and I’ll answer as many as I can right then and there – LIVE!

How’s that for immediate feedback?!

Now, the podcasts aren’t anything to snuff at. Many women have proven that if you are willing to do the work, you can use these episodes on the podcast to Win your pageant!

So, the episodes that I’ve already created for you will remain available here on iTunes.

But, the real goodness happens on our Facebook Page!

Go to WinAPageant.com/MasterClass, which will take you to the most recent or upcoming Master Class in the series.

I’m really looking forward to this new format because we’ll be able to get to know each other better. I’ll love seeing your name pop up on my screen that you’re joining live and each video, I’ll be answering your pageant questions and celebrating your success stories. It’ll be fun!!

So, while this may be the sunset episode I’ll be posting on iTunes (for now), this isn’t goodbye — we’re just moving to Facebook.

So, head over to WinAPageant.com/MasterClass now to see the latest Win A Pageant Master Class!

134: Defining Your Brand for Star Power with Kerry Damiano 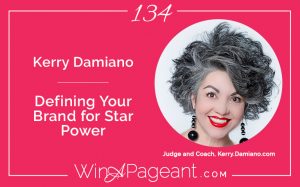 In this episode Alcycia interviews Kerry Damiano. Kerry Damiano is a former Miss Idaho USA. She is the owner of Dazzling Performance, the Executive Producer, Creator, and Host of The StyleFyle. Recently she launched her own women’s clothing and jewelry line.

She has been involved in pageantry since 1981 in all three capacities of judge, titleholder and contestant, and as a current Pageant Coach and Wardrobe Consultant, she trains young women in fashion, modeling, interview and public speaking.

Kerry is also an accomplished Pianist, a Motivational Speaker to women’s organizations and youth groups, and has a Scripture memorization ministry called The Amazing Word. In her spare time, she loves to travel, having been to over 100 countries.

Join us at the Beauty|Brand|Believe Expo on March 10th in Washington!
Get the details and register at: BeautyBrandBelieve.com 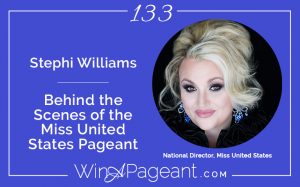 In this episode Alycia interviews Stephi Williams. As National Director for the Little Miss, Pre-Teen, Jr. Teen, Teen, Miss, Ms., and Ms. Woman divisions, Stephi Williams shares the same vision as the owner of Mrs. United States National Pageants, Inc. As long as she can remember, Stephi has had a huge passion for pageantry as well as women who want to give back to their communities and have real purpose in their lives.

As a result, she began taking classes on Nonprofit Management and Creation in her efforts to earn her Doctorate in Business. This is where she really got the feeling that she had a passion for continuing her giving and assistance in empowering others.

A seasoned pageant professional, Stephi directed pageants for more than 12 years before expanding her production company, Crown Garland, to a national level as the license holder for the Miss United States Pageant.

Stephi resides in Virginia with her husband and their four lovely children. 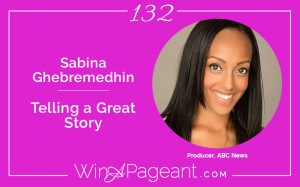 In this episode, Alycia interviews Sabina. Sabina is an Emmy Award winning television producer for ABC News. She currently serves as the West Coast Editorial Producer for ABC News Good Morning America where she is responsible for the network’s big breaking news stories.

131: 4 Tips to Prepare for Your Pageant Like You’ve Already Won with Miss United States, Rachael Todd 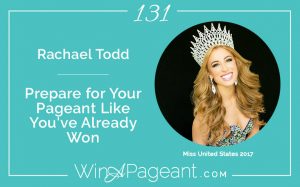 In this episode Alycia interviews Rachael Todd. Rachael Todd is Miss United States 2017. Using her unique life story, education, and experiences she advises women on how to let go of false beliefs, change their thought patterns, step into their authentic selves and discover where their passions and their strengths intersect.

By utilizing her certifications in yoga, positive psychology, nutrition and health coaching Rachael helps women to live a their lives from a Whole Body Wellbeing perspective.